The PDM must be configured for control products to connect through the SRM infrastructure and operate efficiently. 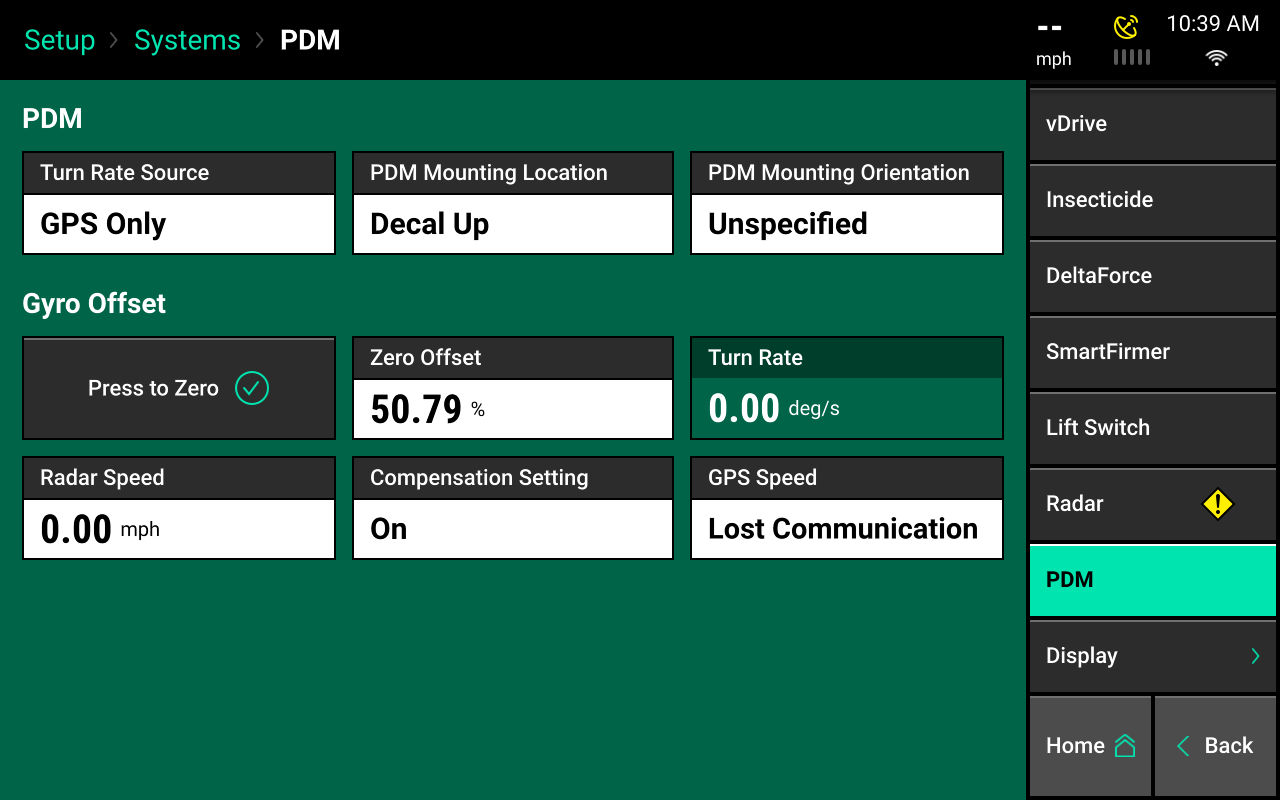 Select the input source for calculating turn compensation when planting through curves.

Gyro only is the recommended setup.

For the system to be able to recognize forward acceleration quickly and start seeding correctly, the position of the gyro inside the PDM must be known. Ensure the PDM mounting location and PDM mounting orientation are set correctly. Otherwise, performance will be degraded.

Determine if the PDM is mounted with the decal facing up or down.

Determine if the orientation of the fuses are:

The orientation is based on the operator sitting in the cab.

Use this button to zero the gyro. Always zero the gyro when setting up a new system. There will be a zero offset percentage recorded after the gyro has been zeroed.

Make sure the planter is straight behind the tractor when zeroing the gyro.

Press to be directed to the radar status page. This displays the speed being read from the radar.

Four settings for turn rate include:

This displays the speed being read from the GPS. Press this button to be directed to the GPS communication page.